Officer’s Choice’s imagery of the naval officer was getting boring and tiresome. People couldn’t bring themselves to relate to it. We had just won the business and we knew the only way ahead was repositioning the brand. Research showed that the consumer (a daily wage earner) looks for respect and recognition by indulging in acts of good. We picked the insight. The television ads were big hits and the brand became a force to reckon with.

Stirred by its success, Officer’s Choice launched a premium version. OC Blue. Along the same platform of righteousness, we created a new cut for it. This time, we ‘raised a voice’ for women. OC Blue was all about ‘men who stood up for the dignity of women.’ The campaign on television upheld the timeless value of righteousness in a modern societal set-up. The campaign projected Officer’s Choice Blue as a brand that believes in doing the right things for the larger good and encourages people to do the same. The brand acquired substantial traction across markets through this campaign. In fact, it was declared ‘Campaign of the Year 2014’ by Spiritz. To increase acceptance levels across the spectrum, we invested in a new expression: ‘Salute to banta hai’. This paid tribute to random acts of kindness in day-to-day situations. The campaign broke new ground with OC Blue, well-entrenched in people’s consciousness. The OC franchise has been the No. 1 Whisky in the world for the last 4 years. 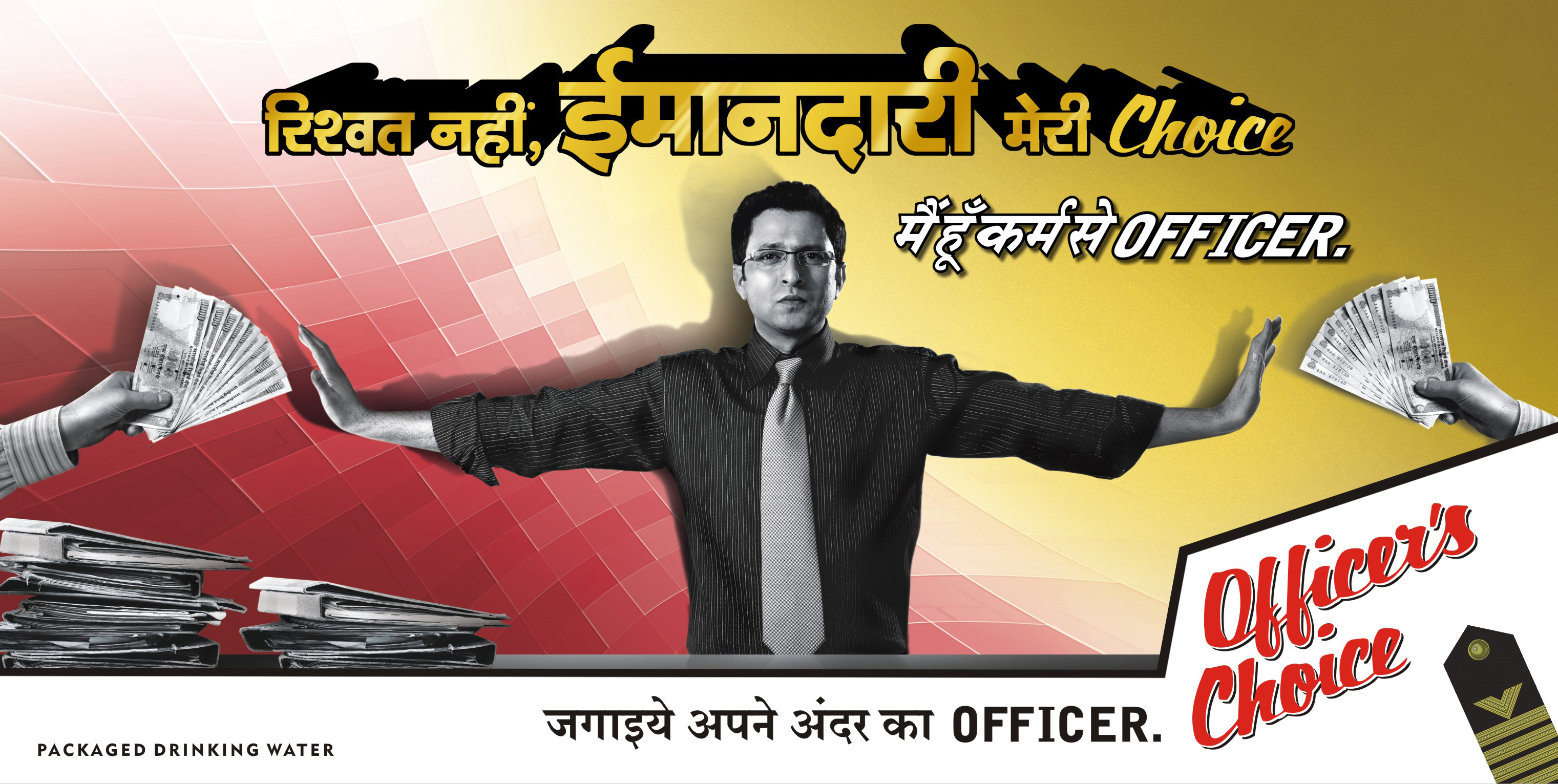 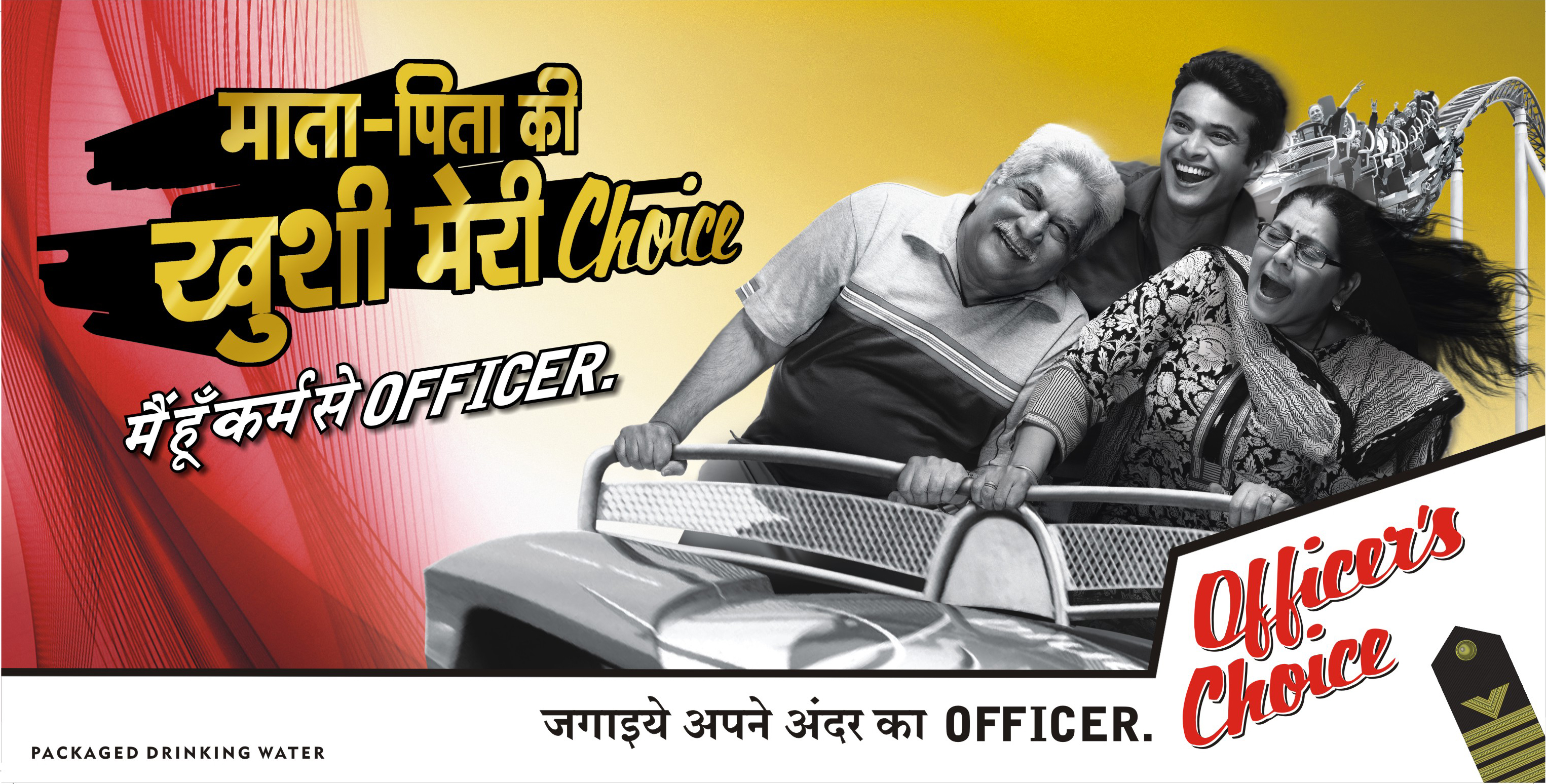 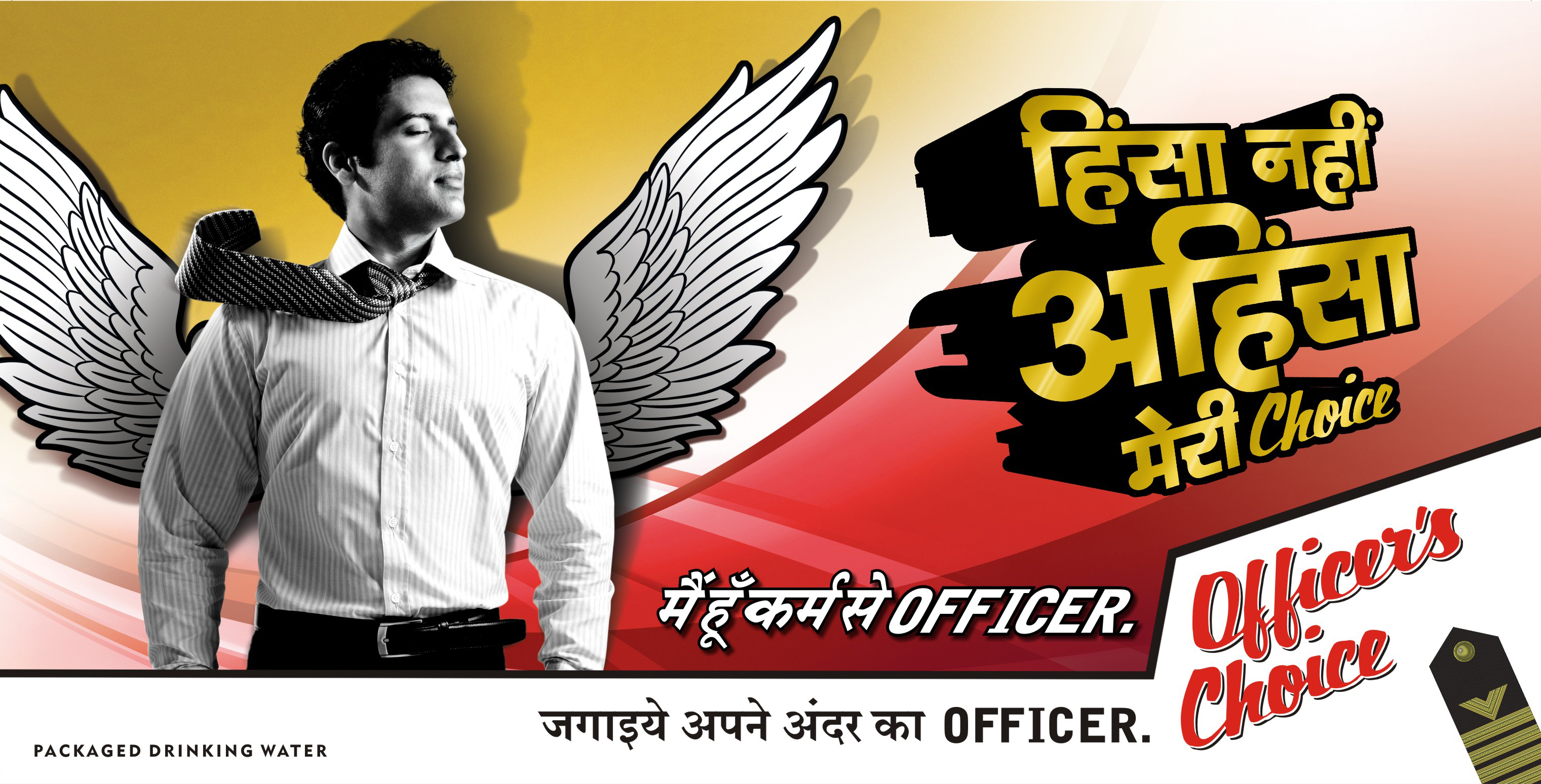